THE MOST EXPENSIVE TRANSLATION EVER 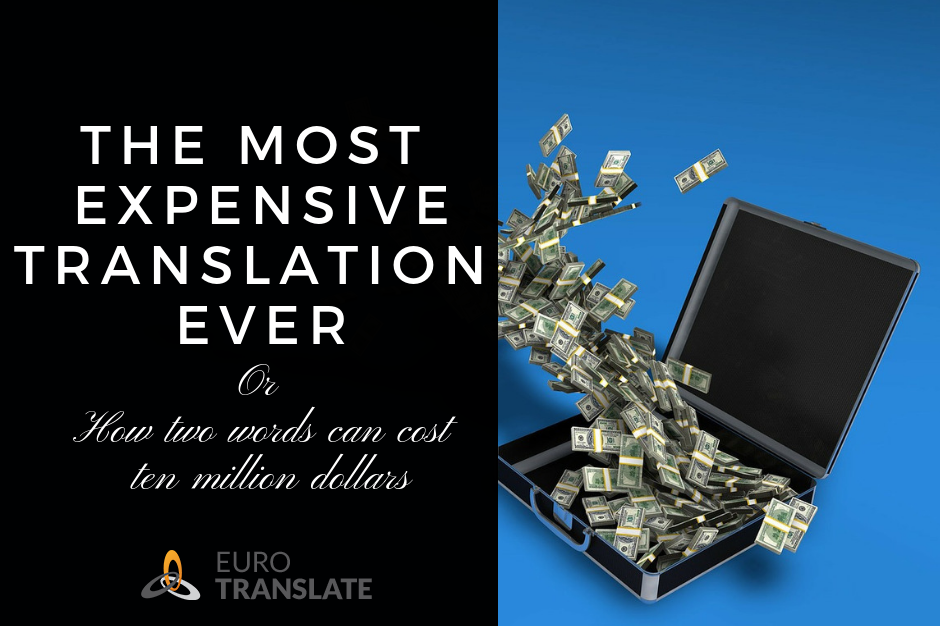 THE MOST EXPENSIVE TRANSLATION EVER

Why cheap translations can cost you hell

(Or even more alternatively, how Mandela’s funeral became a story on its own) 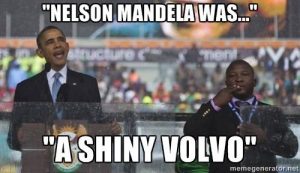 We’ve all read about the terrible and – at moments – bizarre story about the fake interpreter at Mandela’s funeral. I will not repeat it here as it is widely known how embarrassing the whole situation was. However, there is one thing about that particular incident (“incident” being an understatement, a disaster more likely): nobody said a word about translators and interpreters actually being important. Instead, everybody laughed or commented (in the utter state of shock) how the “interpreter” was a complete horror and the worst nightmare of any event organiser.

Well, it looks as if we have to be more precise and yes, let’s talk money now (the language best understood – or not?)..

It has become a proverbial example worldwide: back in 2009, HSBC spent USD 10 million for rebranding after mistranslation of their campaign slogan that had only 2 (two!) words: „Assume Nothing“. Otherwise a very good slogan turned into a complete monetary nightmare when it was translated as „Do Nothing“ in their overseas campaign.

Getting back to the examples from closer geographic area: recently I came across a text that was so poorly translated, that I had totally mixed feelings about the company that ordered the translation. On one hand, I felt sorry for them as they lost a tender worth several hundred millions of EUR. On the other hand, I really did not feel sorry for them deep down in my heart because they had obviously tried to save money – on translators. Two previous examples only serve to show us how smart and far-reaching such attempts can be.

So, what actually happened with the penny-pinching company? They had had to submit their offer properly translated within a certain deadline. It was a huge construction project funded by one of the most prominent global International Financial Institutions. Their offer was favourable, enclosed documentation neat, complete, and ready to roll. What went wrong? Well, after only a cursory glance it was obvious that the “translator” was not acquainted with the specialised terminology included in any FIDIC[1] book (irrespective of its colour).

And so… “Employer” became “Investor”, “Engineer” became “Supervisory Organ” (now I really had to laugh out loud!), while “Design” became “Project” (consequently, “Designer” became “Projectant” – and it was then and there that I asked myself if the “translator” had a spellchecker at all, because this particular term would be definitely underlined in screaming red as it is now while I’m writing these lines).

It Goes without saying that the company lost any chance in the bidding process. All the professionals sitting in the procurement committee probably giggled (or gasped!) when they surveyed the offer.

This is why I, as a translator, cannot understand many companies and their decision-makers. Wanna save some pennies? Oh, fine, save yourself a few pennies and lose millions on the other side, it is no skin off my rosy nose. Just make sure to hide any weapons from your accountants later on, as they’ll definitely freak out when they get the news regarding the noble “saving” intention – pennies saved, millions lost. Any CFO’s nightmare…

[1] The International Federation of Consulting Engineers (commonly known as FIDIC, acronym for its French name Fédération Internationale Des Ingénieurs-Conseils) is an international standards organization for the consulting engineering & construction best known for the FIDIC family of contract templates. The FIDIC training manual Guide to Practice – the business of a professional services firm is well known throughout the profession of consulting engineering. FIDIC also runs a bookshop and publishes international contracts and business practice documents which are used as guides and templates the world over./ Wikipedia