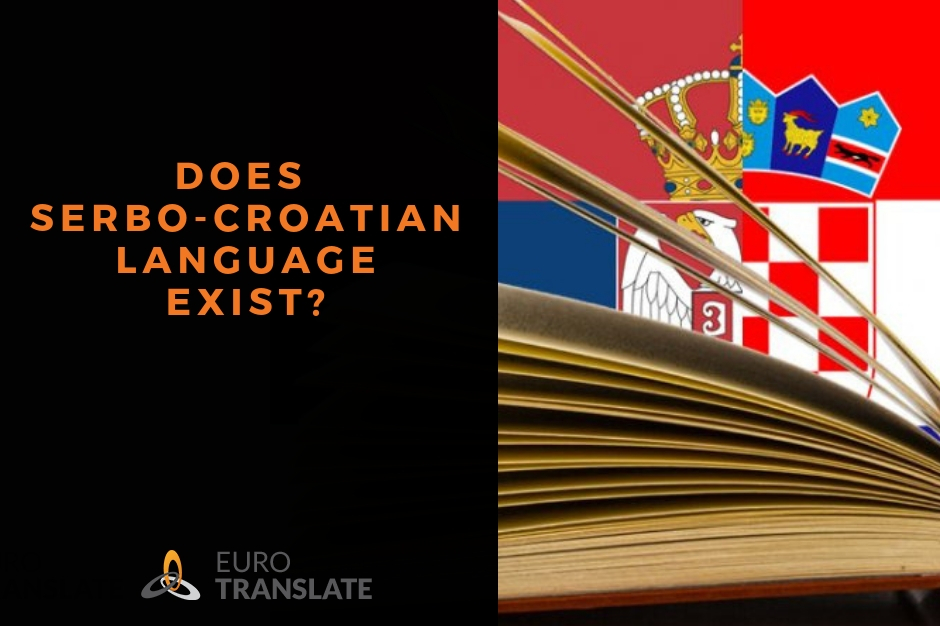 You happen to need a translation for the markets of one of the four countries that where once Yugoslavia (Croatia, Serbia, Bosnia or Montenegro) – and you find yourself facing a few questions, usually puzzling the people from non-Balkan regions, for example:

The answer to these is not so simple, and we will need to start with a bit of history…

During the time of Yugoslavia, Serbo-Croatian was the country’s official language. There was an eastern variant (in Serbia, Montenegro and Macedonia) and a western variant (in Croatia and Bosnia-Herzegovina). Two alphabets were used: the Cyrillic alphabet and the Latin alphabet. There were regional and dialectal differences even at this time, but the official language was Serbo-Croatian.

After the conflicts of the 1990s, Yugoslavia was divided up into several new nations which decided to establish their own official languages. Single composite language once known as Serbo-Croatian has broken down into what its speakers say are individual, ethnically-based languages: Bosnian, Croatian, Serbian, and recently, Montenegrin language. Serbian still uses both the Cyrillic and Latin alphabets, while Bosnian and Croatian are written in Latin script. However, there are no hard and fast rules even for this. The Cyrillic alphabet is used in official documents in Serbia, but text used elsewhere in Serbia (e.g. shop signs, magazines) regularly appears in either script. Bosnian can also be written in Cyrillic at times, as well as Montenegrin.

In purely linguistic terms the differences between these 4 languages are not significant – generally speaking, they are mutually intelligible in both spoken and written forms.

Most distinctive features among Serbian, Croatian and Bosnian involve vocabulary, although the bulk of it comes from a common Slavic stock. Serbian has borrowed more words from Russian and Western European languages; Croatian has preserved more native Slavic words, while Bosnian is more like Croatian except for the fact that it has a large number of loanwords from Arabic, Turkish, and Persian due to the Bosnians’ religious affiliation with Islam.

Bosnian, Croatian, Serbian and Montenegrin remain very similar, but as individual languages they are now evolving independently. They deal with buzz words, loan words and neologisms differently and may diverge increasingly in the future, but it is currently safe to say that there are fewer differences between the languages than between Swedish, Norwegian and Danish.

The most obvious difference in writing is the use of different scripts which reflects the historical orientation towards Constantinople and Rome, towards Orthodoxy and Catholicism: Serbian is written in Cyrillic characters and Croatian in Roman (Latin). Serbian can however be written in Latin characters as well but it is unacceptable to write Croatian in Cyrillic.

So, at this moment, we have four languages to confuse the international public:

The languages are mutually understandable, the grammar is identical (except for Future Tense, which differs between Serbian and Croatian), so for years now there’s a widespread joke about former Yugoslavians all being polyglots.

Where does that leave you?

Let’s make it simple: although these languages are mutually intelligible, and native speakers from these countries understand fully each other and media products (books, music, TV) – the distinctive features of each language will make the native speaker easily detect where the person or the product comes from.

This means that materials from one language can be used as a reference for the linguists of the other language, but translation memories or termbases cannot be developed for all four languages, based on their intelligibility.

In addition, linguists of one region/language will be able to understand the materials from the other regions, but that does not mean that they will be able to complete the translation or proofreading of another language from the region, due to the subtle and language-specific differences, making it easy for the others to detect them, even subconsciously.

It is important to bear in mind that these are still, legally and geographically speaking, 4 languages for 4 different countries and would require separate localizations in order to achieve a feel of natural, inoffensive flow of each language, and also, perhaps more important: the laws require the official documentation to be in the language of the country it is submitted in, so don’t make a mistake thinking it will pass on similarity only.