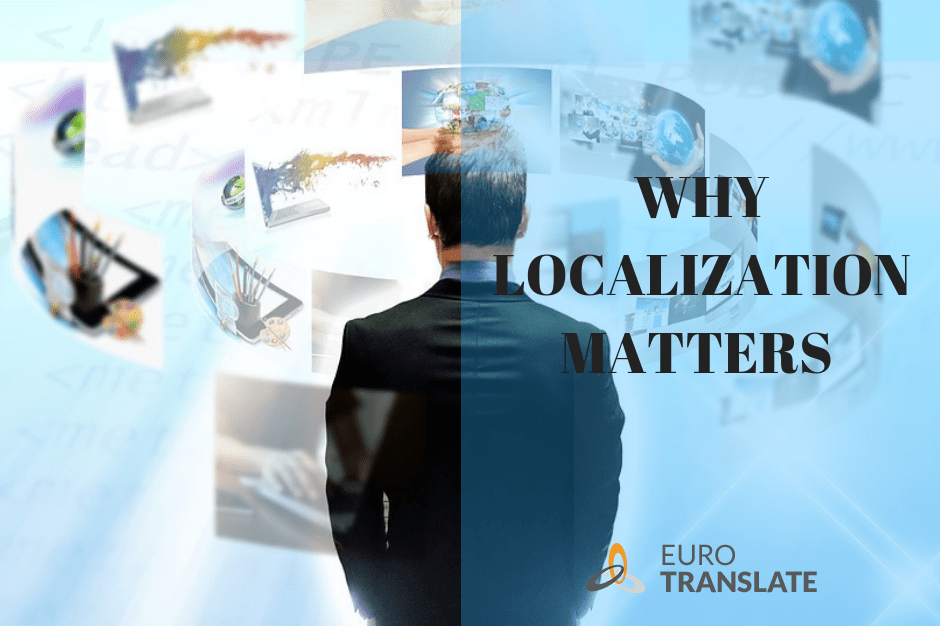 Has it ever happened, while reading a newspaper ad, user manual or any type of marketing content, that you wondered why it doesn’t sound quite right? It might be something you can’t put your finger on, not an actual word or a phrase that might bother you, but the whole text would definitely feel off somehow.

We have all encountered similar type of “linguistic discomfort” in one way or another – whether we recognized it as such or not. The “secret” behind this is that the organization publishing the material took the “easy route” and translated its content instead of localizing it, therefore failing to take into consideration the many layers of differences between the two and what they might entail.

English may be the global language of business, but people still require products and product info translated into their native languages and localized so that they understand and adopt them easily.

English-language-based products are sold all around the world, since a lot of markets lack resources for production. Research also shows that many corporate purchasers buy in English because of cost, selection and quality reasons, having more confidence in the original version than the variant offered in their own market. And this is the beginning of the paradox: everyday consumers do, too! Purchasing behaviour shows these two sides of the coin:

In CSA’s study of 3000 buyers, a full 75% of respondents indicated that when deciding between two similar products, they would buy the product available in their native language.

No matter how we look at it, localization is a necessity. But one should avoid looking at it from the narrowest angle possible, including only currencies, date and time formats, addresses, and phone numbers. It is so much more than that: from colours and forms adapted to local culture, to structure and layout of the content, to idiomatic expressions and references. Localization has long since gone beyond merely modifying elements of a translation to make it sound local. It’s so much further reaching: your product and content need to sound authentic with the local audiences you’re targeting. Localization creates a connection that enhances the value of your product to the consumers.

The importance of localization is further emphasized by the embarrassing examples we can see happening, like when KFC’s “finger-lickin’ good” became “eat your fingers off” in China. These types of mistranslations won’t only confuse and offend the customers, they would also cost a lot to fix.

In conclusion, it all comes back to the companies behind the products: if they use a proper localization vendor in the beginning, they do themselves a great favour and save time and money after the damage is done to correct their messages or documentation.

A few examples of missed localization gone terribly wrong – to amuse or horrify you: