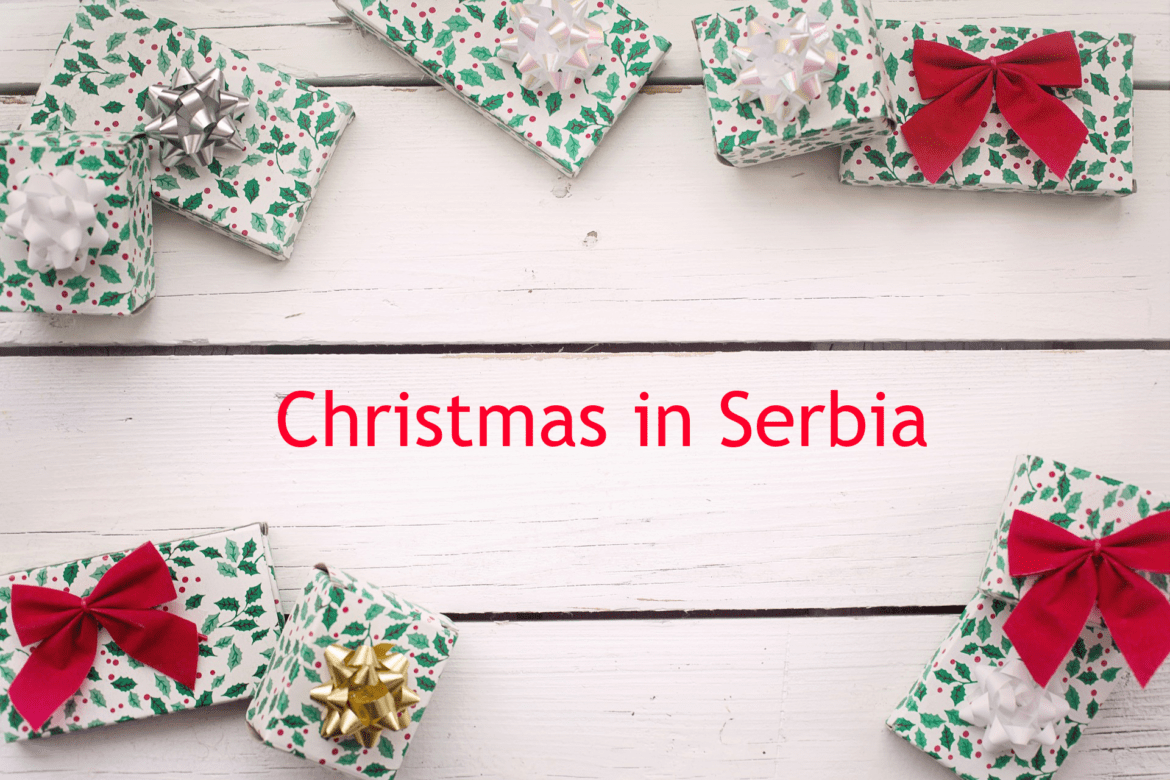 How are your customers celebrating Christmas in Serbia?

Christmas celebrations in Serbia are far removed from the shopping-frenzied holiday festivities most people associate with the season. That hype and the pressure to give gifts are usually reserved for New Year’s Eve, when Serbians go all-out and party like there’s no tomorrow.

For Christmas, we tend to be much more family-oriented and to head for home, where we uphold local and family traditions. These survive in one form or another despite external influences from the more commercialised west of Europe. Many are associated with rural areas and traditions, their significance largely diminished among city-dwellers. Customs vary from place to place, and in some instances watered-down versions exist to suit modern ways of living.

The Church, the Calendar and the New Year

In Serbia, the Orthodox Church still adheres to the old ‘Julian’ Calendar, which means that Christmas Eve and Christmas Day fall on the 6th and 7h of January respectively!  Believe it or not, this also means that we celebrate New Year’s Eve twice! There’s the ‘proper’ one on December 31st, which sees the biggest parties, but also the ‘Serbian’ New Year, which according to the Julian calendar arrives on January 13th – and for most of us this represents yet another excuse to party! 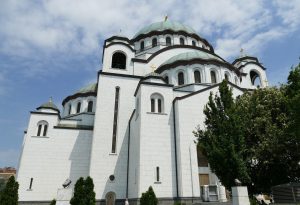 Of course, preparations for Christmas in Serbia start long before January 7th. Many Orthodox Christians begin fasting 40 days before the big day. Over that period, they eat no meat, dairy products or eggs, and try to keep their thoughts, actions and behaviour positive and optimistic. It’s not uncommon for restaurants and bakeries to offer special menus with dishes that purposefully exclude the forbidden ingredients.

The three Sundays prior to Christmas are dedicated to celebrating family members; children first, then mothers, and finally fathers. On these days, family members receive gifts, but these arrive by way of a playful ransom. For example, it’s customary for children to tie fathers and grandfathers together, or to a chair, whereupon a gift must be given to the mischievous youngsters in order to secure their release.

Christmas is celebrated over three consecutive days, starting with Christmas Day, when we greet each other by saying “Christ is Born,” which should be answered with “Truly He is Born,” or in Serbian: „Hristos se rodi“ [ˈxristɔs sɛ ˈrɔdi] – „Vaistinu se rodi“ [ˈʋaistinu sɛ ˈrɔdi].

The oak tree (not the fir tree, which we decorate for New Year) is a crucial ingredient in an authentic Serbian Christmas, and on Christmas Eve morning the father of the family traditionally heads out in search of a badnjak, an oak tree branch with golden leaves.

In cities, these branches are sold in the streets or at markets, in the countryside,  people still spend their mornings in the woods, cutting branches by hand.

These oak branches are placed at the threshold of homes until evening. Before the family dinner on Christmas Eve, the men bring the badnjak inside, along with some straw.

So as to create an atmosphere reminiscent of the stable where Jesus was born, straw is scattered across the floors of the home or beneath the dinner table. As the men do this, mothers and children follow them around, making clucking sounds. The clucking symbolizes Christ’s wish to gather all people into one loving community, just as a hen gathers her chicks beneath her wings to keep them warm. For young ones nowadays, it’s pure fun. They follow their parents, who themselves have a free pass to behave like children!

In times gone by and in rural parts of the country, part of an oak branch was burned in a wooden stove or fireplace after the straw had been scattered. The fire from the badnjak symbolized the one which was brought by the three shepherds to warm the stable.

After the fire is lit, families gather around the table. Dinner on Christmas Eve is substantial, but restrictions on what may be consumed still apply, so it’s usually based around fish, beans, potatoes and dried or fresh fruit.

According to the Serbian tradition, family members only leave the house after dinner to go to church. In front of churches across the country, badnjak are burned in huge fires at midnight. Everyone brings an oak branch with them and throws it into the fire, creating as many sparks as possible because these are believed to be a sign of good luck for the year to come.

On Christmas Day, dawn is greeted with the sound of church bells, and people also sometimes fire guns into the air! While some attend Church services, others stay at home, impatiently waiting for the first visitor, the polozajnik.

The polozajnik must put his right leg forward as he enters the house, as this will bring the family good luck in the year to come. The tradition of the first visitor symbolizes the three wise men from the East who came to worship the baby Jesus, and many people arrange for someone they hold dear to be the first to cross their doorstep.

The polozajnik is usually served breakfast and drinks, and when he – traditionally it is a male – rises to leave, the family bestows on him some small, symbolic presents to show how special he is to them.

The next stage of the celebration is the Christmas lunch, which is the highlight of the day. Before the meal begins, the family breaks a special loaf of bread, the cesnica, a home-made loaf which is baked with a coin and other special items inside. 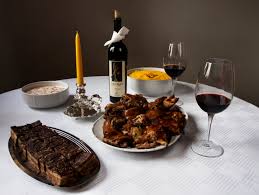 Although many families now order the loaf from bakeries near their homes, these are still prepared with the obligatory ‘surprises’ inside.

Traditionally, it is the woman of the house who bakes the Christmas Bread, which is decorated with Christian motifs: old Cyrillic letters, the cross, a dove (bringer of peace from God) and grapes. What makes this bread special are the things inside:

Before the meal begins, families break the bread into pieces and each member starts to search for hidden treasure in their slice, eager to see which good omens for the coming year they might find.

Every year, the city of Belgrade organizes a traditional breaking of Christmas bread in front of the Terazije Fountain on Christmas Day at 12pm. The huge round loaf, prepared by the bakers’ union, is always more than a meter in diameter and contains about a dozen golden coins.

Everyone is welcome to take part in breaking the bread and searching for the coin, but the intention is that children will be the ones to find them. This public breaking of Christmas bread has been held in the Serbian capital for the past 23 years.

After the festive meal

There are two schools of thought as to what a family should do after lunch. Some believe that every endeavour begun on Christmas Day will be blessed, so they embark on a task that they intend to continue throughout the year.

Similarly, there is a belief that whatever a person does on this day will be repeated throughout the year, so most Serbs believe it is best to spend Christmas Day doing the things they enjoy best with the people they love most.

Whichever way you celebrate your Christmas, we at EuroTranslate UK would like to wish you a very happy Christmas and a prosperous 2019.

Specialising in Serbian and Balkan languages, EuroTranslate UK is a translation agency helping UK companies to communicate with their potential customers and clients in the south western Europe mainland.  If you are exporting or actively seeking business opportunities in these geographical areas, we would be delighted in speaking to you in the new year.