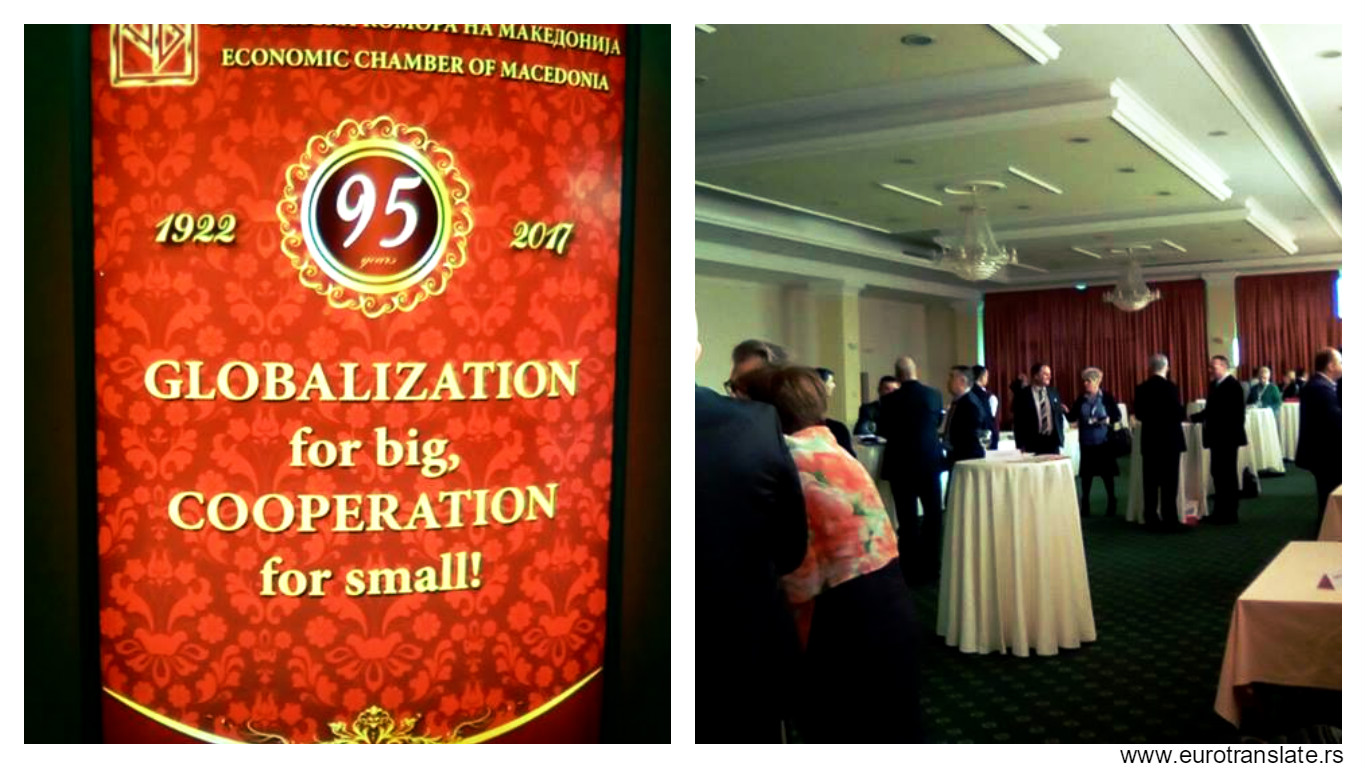 As part of marking an extremely important anniversary – 95 years of Macedonia’s system of chambers of commerce, bilateral business meetings between Macedonian and Serbian companies were held on February 16, 2017 at Palace hotel in Skopje. The delegation of Serbian businessmen and businesswomen was led by Marko Čadež, President of the Chamber of Commerce and Industry of Serbia (CCIS), and his associates. Eurotranslate attended B2B meetings with Macedonian companies as well as the round table entitled: “The Position of Small Countries in the International Economy”.